The following resources and accessories have been tested and approved by our staff for use with Rehearsal® Pro. We will add items from time to time – use the Success button in the About screen to send us requests for recommended accessories.

You can find amazingly funny, insightful and original monologues, all absolutely free, at InstantMonologues.com.

Keep comfortable and warm with Rehearsal® Pro T-shirts, V-necks and hoodies from TeeSpring, at no-profit pricing:

The original: Hanes Tagless T for men, and the Gildan Relaxed T for women, with the Rehearsal® Pro logo living large on the front, and “Shh. I’m in Rehearsal®.” on the back. Just $21.99

Also worth listening to:
Complete Archive of the Secrets of Screen Acting Podcast with Patrick Tucker and David H. Lawrence XVII 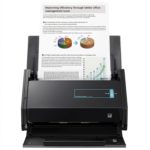 Fujitsu ScanSnap iX500 Scanner for PC and Mac. This scanner is the best! And it makes short work of your acting-related financial record keeping as well.